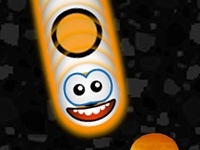 85%
Instructions
How to Play?

Worms Zone is a game with a dynamic storyline. Start growing your worm right now. Having tried to get a real anaconda, a small worm never gets stuck in one place - he's ready to bite everyone. However, there is a danger to be eaten by a more successful player.The Worms are real gourmets. They love trying various gelatinous goodies and everything they meet on their route. Enter to be happy playing Worms Zone a Slithery Snake game with no fees at friv2019.com. Come to enjoy Worms Zone a Slithery Snake game now and the latest Friv 2019 games online for free.

Use Left Mouse button to Play